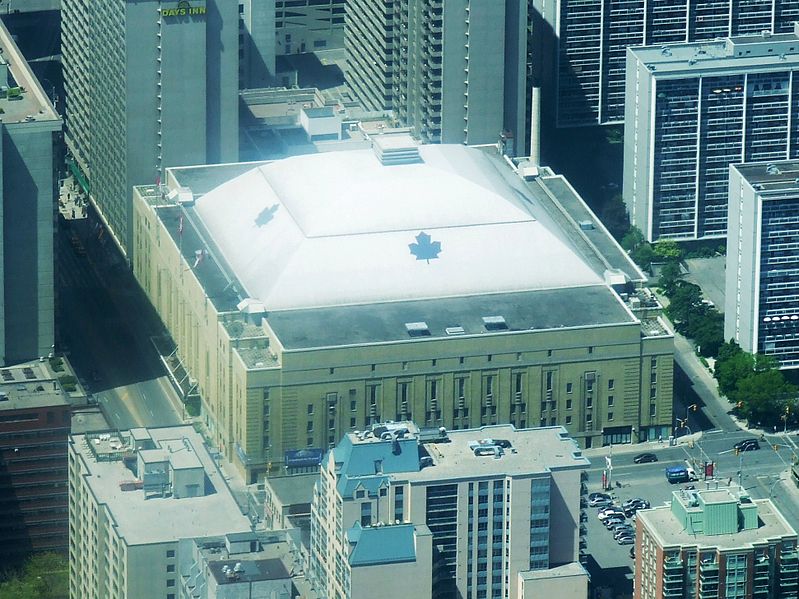 Maple Leaf Gardens: Still Standing After All These Years

Now the Mattamy Athletic Centre at the corner of Church and Carlton streets in downtown Toronto, the famed Maple Leaf Gardens is the only NHL Original Six arena still standing. Home of the Maple Leafs from its construction in 1931 until 1999, the Gardens hosted 2,541 Maple Leafs regular-season and Stanley Cup playoff games, including their dynasty years in the 1940s and 1960s when they amassed nine of their 11 Stanley Cup championships. The Maple Leafs’ record at Maple Leaf Gardens:

NHL icon Conn Smythe was the driving force behind construction of Maple Leaf Gardens. Owner of the Toronto franchise since 1927, he wanted a state-of-the-art arena on par with those in the U.S. for his team. It wasn’t only a matter of national pride; the team’s home at the time, Arena Gardens, had a seating capacity of only 6,000, less than half that of Chicago Stadium and Madison Square Garden.

Despite being in the throes of the Great Depression, Smythe raised enough cash to get the Gardens built, in part by giving the construction workers stock in the team to cover 20 percent of their pay.

Maple Leaf Gardens opened in November 1931, where an over-capacity crowd of 12,473 seated and 1,000 standing fans were on hand to watch the Maple Leafs take on the Chicago Black Hawks. Chicago prevailed 2-1, but Toronto’s disappointment was short lived. On April 9, 1932, the Leafs beat the New York Rangers 6-4 at the Gardens to win the Stanley Cup in a three-game sweep.

Like most NHL arenas, Maple Leaf Gardens hosted many other types of events:

By the late 1990s, Maple Leaf Gardens suffered from the same drawback as its predecessor, Arena Gardens — not enough seating. Over the decades, the Maple Leafs had become a roaring success with the city’s hockey fans, who remained famously loyal and enthusiastic despite the team’s ups and downs after their 1960s dynasty. In 1999, the Leafs moved to their new home, Air Canada Centre (now Scotiabank Arena), which had nearly 20,000 seating capacity for hockey.

Hats off to the civic leaders in Toronto for preserving this great hockey venue, one with a rich history that few arenas, if any, could match.