​The Best of the Worst Hockey Equipment Gimmicks

Any sport that relies on gear as much as hockey does is, every so often, going to be presented with the Next Big Thing, that latest-and-greatest innovation that will revolutionize the game — or at least your ability to play it.

Of course, some of these “advances” have proven less than advantageous. Not all equipment gimmicks will get remembered, but we hope the memory of these legends never die.

The latest addition to the Nexus ADV line, scheduled for a Jan. 25, 2020, release, features SlingTech — which, frankly, looks like a mail slot carved into the top of the blade. Bauer has been stingy with details so far, but the assumption is they’re looking to add speed and stability to the blade while reducing weight. Whether the blade will hold up is a question on many minds.

Meanwhile, here are some innovations that didn’t stick:

Easton Synergy EQ50: Adjustable weights were the big thing in golf drivers a decade ago, and Easton jumped on the trend with the EQ50. The butt end of the stick came with slots to add or subtract as many as four 5-gram weights to alter the stick’s balance. 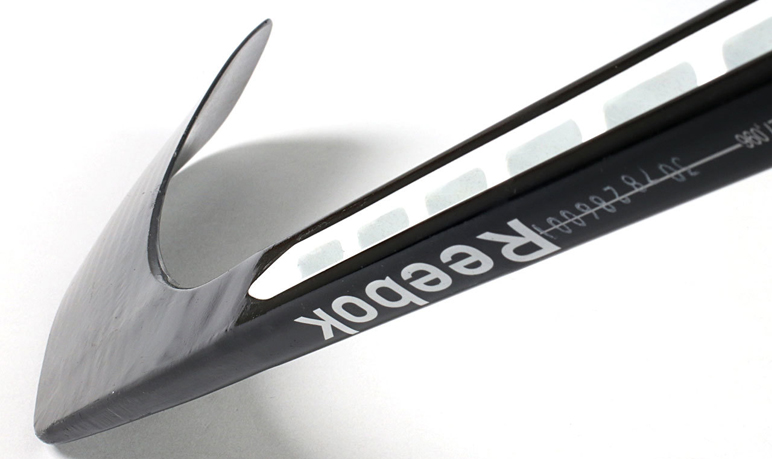 Reebok O Stick: Call them holes or call them Power Ports, the O Stick had openings designed to increase a stick’s speed, lower its kick point and generally stabilize it. Allegedly.

Easton Aluminum: Wayne Gretzky used it for a while, and even that couldn’t make a zero-flex shaft popular.

Curtis Curves: Goalies get innovations, too. This curved shaft was supposed to allow more stick on the ice when going paddle down. The problem? The stick was harder to handle in all other situations.

Do You Have a Screw Loose?

No, this is not a question for the guy who designed long pants for NHL players.

(Those, by the way, were called Cooperalls. The nylon pants were worn by the Philadelphia Flyers and the Harford Whalers before the NHL banned them in 1983. It seems the material, while offering excellent padding, was also super slick when it hit the ice, resulting in high-speed collisions with the boards.)

Rather, we’re asking anyone who got sucked into the T Blades cult.

T Blades have been around for years, but its concept of replacing rather than resharpening skate blades has never quite gone mainstream. This, despite claiming advantages such as increased speed and maneuverability, not to mention a blade that stays sharp longer than traditional styles. 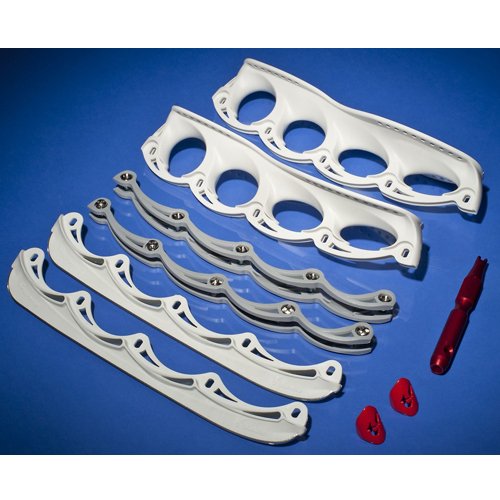 So why didn't it catch on?

T Blades might stay sharp longer, but they’ll still nick or chip. Damaged areas can’t be sharpened away, so there’s a replacement cost.

Then there are the screws and stabilizer used to hold the blades in their plastic mount. Either can loosen. If that happens on the ice, players with compromised skates and players skating over stray parts are subject to injury.

Of course, no Hall of Fame of head-scratchers would be complete without the FoxTrax System.

From the 1996 NHL All-Star Game until Game 1 of the 1998 Stanley Cup Final, Fox Sports superimposed a blue glow over the puck during select broadcasts. The glow turned into a streak on passes, and the streak turned red when a certain puck speed was reached.

Believed to be a nod to the American complaint that the puck was too hard to see, traditionalists and Canadians hated the gimmick. While HD TV has solved the puck visibility problem, it’s worth noting that the development of the FoxTrax System led to other innovations in on-screen sports graphics (hello, yellow first-down line).

So, here’s to the harebrained. This year’s reject may evolve into next year’s revolution.

Duncan Keith, those who know him well say fondly, is a freak. Now more than 1,000 games into his Blackhawks career, the three-time Stanley Cup champion defenseman describes himself as a “biohacker” who uses infrared lights, electromagnetic mats and hydrogen inhalers in pursuit of every advantage. At Michigan State, where he played his college hockey, player fitness and endurance is measured with something [...]

How To Become A Faster Skater

Widely regarded as the fastest team sport, hockey requires speed. While a lot of coaches preach about speed with the puck, speed without it may be more important. After all, think about how often you see two players racing toward a puck compared to one skating away with it. Yes, some players naturally skate faster than others — but [...]

How To Pick The Perfect Hockey Stick

Did you ever watch one of those home rehab shows? You know, where the school teacher and the pharmacy tech are shopping for their dream house and settle for a half-million-dollar fixer-upper? Whichever home they enter, someone has something to say about the color on the walls — which is absolutely the least important factor on which to fixate. Think about [...]

Not everyone uses hockey skate guards. Not everyone uses skate soakers. Yet when it comes to skate blade covers (and yes, as far as we’re concerned, guards and soakers are two different items under the umbrella term, “skate covers”), hockey players should probably use both. Quality versions of either can be had for less than $20. In the end, [...]

The NHL goal record shouldn’t be in anyone’s reach. Wayne Gretzky set the mark of 894 in a goals-happy era, 93 goals past the previous leader. In subsequent, decidedly less offensive times, no player has mounted a realistic run at the Great One’s career total. Yet, heading into the 2019-20 season, here sits 33-year-old Alex Ovechkin, 13th among players with the [...]

Hate Gritty, the newest and most inexplicable NHL mascot. It only makes him stronger. Introduced in September to howls (and at least one description as “toxic masculinity incarnate”), the Philadelphia Flyers’ byproduct of Oscar the Grouch’s electric Kool-Aid acid trip to Grimace’s McDonaldland boudoir has rapidly been embraced by Philadelphia and the mascot-loving world at large. In an age where a five-figure [...]

Ever since — and probably before — Stan Mikita first broke a blade in the boards at a Blackhawks practice and he and Bobby Hull started strafing the top shelf, crazy hockey curves have been a part of the NHL. Some NHL player curves are outrageous, dancing along and at times skipping blithely over the league rule that says, “the distance [...]

The grumbling was immediate. The latest volley in a storied battle between goalies in search of any competitive edge and a league mindful of the fan-appeal of scoring came prior to the 2018-19 season, when the NHL moved to restrict the size of chest, shoulder and arm protection in goalie gear. Goalies feared more than bruised feelings. “You get stingers and bruises and [...]

Hockey stick tape jobs are, for many NHL players, a sacred ritual. It must be done precisely, even obsessively, so that the results produce a comfort with their consistency. Sidney Crosby, for one, is so notably particular (read: “superstitious”) about his tape jobs that no one is allowed to handle a stick he has finished taping, lest the Pittsburgh superstar be forced [...]