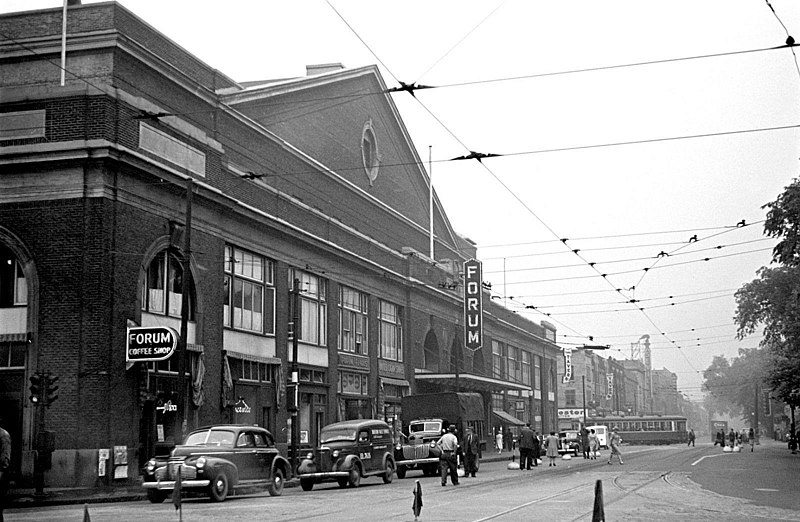 In short, Montreal Forum has been home to an iceberg-size chunk of the most successful, skillful and exciting NHL hockey ever played, featuring such legends of the game as Maurice “Rocket” Richard, Jacques Plante, Guy Lafleur, Howie Morenz, Jean Beliveau and Elmer Lach.

Le Forum de Montreal was built in 1924 in only 159 days, with a seating capacity of 9,300. The cost of construction was $1.5 million CAD, which equates to about $22 million USD in today’s money. The Montreal Maroons, who joined the NHL in 1924 as a team designed to appeal to the English-speaking citizens of Montreal, became the Montreal Forum’s first NHL tenant that year. They didn’t waste much time ramping up: The Montreal Maroons won the Stanley Cup in 1926, beating the Victoria Cougars 3-1, with all four games being played at the Forum. The Maroons would win the Stanley Cup again in 1935, topping the Toronto Maple Leafs 3-0, again winning the decisive game on home ice. Although the Maroons fizzled out three years later, in 1938, they are remembered as one of the most competitive and accomplished teams in early NHL history.

As for the Montreal Canadiens, their achievements at Montreal Forum are probably known to every hockey fan in the world. The team’s 22 Stanley Cup victories while at the Forum is an NHL record by far — and along with that, the Canadiens captured seven conference championships and 20 division championships during their 70-year stay.

To accommodate the ultra-loyal fans whose enthusiasm for the team grew with every season, the Forum went through several renovations, adding about 4,000 seats in 1949 and another 3,000 or so in 1968. When the Forum closed in 1996, its total hockey seating capacity was 16,259. (By way of comparison, Centre Bell, current home arena of the Canadiens, has a hockey seating capacity of 21,302.)

The last NHL game played at Montreal Forum was on March 11, 1996, when the Canadiens beat the Dallas Stars 4-1. Although the Forum was shut down after the 1995-96 season, the structure still stands — inside is a movie theater and entertainment complex, but the center ice circle remains, as does a small section of the Forum’s red seats.