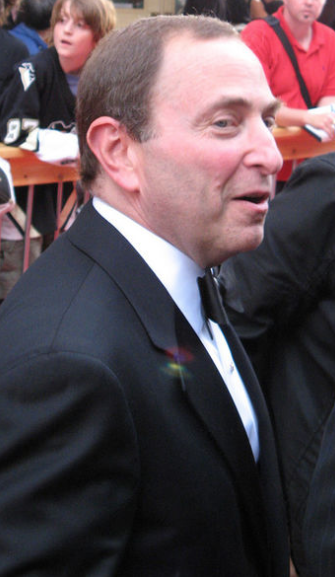 In a gritty, combative game like NHL hockey, where front offices are filled with ex-players, it’s not surprising that active players and management take swings at each other from time to time. For better or worse, labor disputes have boiled over frequently in the history of the NHL, sometimes resulting in two words every hockey fan dreads: hockey lockout.

Here is a recap of NHL strike and other labor issues over the years.

In 1925, the Hamilton Tigers were the top team in the NHL, but the players, upset that they wouldn’t be receiving pay for the playoffs, decided to go on strike, demanding an extra $200 a player. True to form, Frank Calder, president of the NHL, came down hard on the players, suspending the whole team and declaring the Montreal Canadiens league champions. The Canadiens went on to play the Victoria Cougars of the Western Canada Hockey League for the Stanley Cup. Victoria won the series 3-1. Perhaps there should be an asterisk on that Cup.

Labor-management dustups occurred off and on over the decades, but the first really big issue of the modern era was the NHL strike of 1992. The National Hockey League Players’ Association (NHLPA), led by Bob Goodenow, called a strike on April 1, 1992, over a number of issues. Fortunately for fans, the strike was resolved in 10 days, salvaging the season — but just barely. The outcome of the strike included an expansion from 80 to 84 regular-season games and bigger playoff bonuses for players. However, because the new contract was only a one-year deal, and other prickly issues such as distribution of trading card revenue lingered, the specter of a hockey lockout still loomed on the horizon.

The main issue in this lockout was the salary cap, which management favored and players opposed, both strenuously. The lockout lasted from October 1, 1994 to January 11, 1995. Forty-eight regular-season games were lost, making the 53-game season the shortest in the NHL in more than half a century. With the league’s first commissioner, Gary Bettman, facing off against Goodenow, the outcome included a reduction of regular-season games from 84 to 82, but on key issues such as free agency and salary caps, it was more or less a tie. The lockout created a lot of animosity between ownership and players, setting the stage for future troubles.

The NHL lockout 2004/NHL lockout 2005 was the big one, the Krakatoa of NHL labor disputes. This lockout caused the cancellation of the entire 2004-2005 season, and for the first time since 1919, there was no Stanley Cup champion. This was also the first time, in any major North American sport, that an entire season had been cancelled — a major disappointment to hockey fans around the world that led many to sour on the league.

The main issue was again the salary cap, and again it was Bettman representing owners and Goodenow representing the NHLPA. Owners wanted a salary cap linked to revenues; the players did not want the link. Player salaries had become a serious issue: The NHL was paying a far higher than average three-quarters of league revenue on salaries, and several teams were on the brink of bankruptcy. After 310 days of lockout, an agreement was finally reached that lowered guaranteed salaries to 54 percent of total league revenues.

Goodenow’s hard line and questionable negotiating tactics caused him to resign shortly after the settlement, and the players, perhaps unfairly, were widely viewed as the bad guys in this dispute. Nevertheless, the league stabilized financially after the lockout and player salaries have continued to rise.

The NHL lockout 2012-2013 started on September 15, 2012 and ended on January 6, 2013. As a result of the lockout, the season was cut from 82 to 48 games. Once again, owners, represented by Bettman, were attempting to control player salaries through modifications to the salary cap, player contracts, arbitration and free agency rules. An agreement was finally reached that mostly satisfied both sides, and thankfully the season was salvaged. This time, fan sentiment appeared more positive, with game attendance increasing during the shortened 2012-13 season.