When Was the NHL Founded? 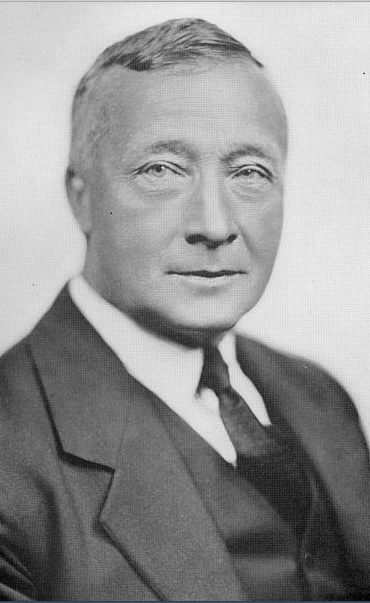 The Shaky Beginnings of Professional Hockey

Who could blame them? The early years of professional hockey are best described as unstable. Professional hockey was only 17 years old when the NHL was founded. In 1900, the Portage Lakes hockey club, founded by a Canadian dentist living in Michigan by the name of J.L. Gibson, paid top Canadian players to c’mon down. The idea caught on. In 1904, there were three teams — they called themselves the International Hockey League. The IHL shut down in 1907.

Then there was the Ontario Professional Hockey League, also known as the Trolley and as the Canadian Hockey League, that started in 1907 and disbanded in 1911. At the same time, the Canadian Hockey Association (CHA) started in 1909 as the result of a dispute with the Eastern Canada Amateur Hockey Association (ECAHA). The CHA lasted until 1910. The NHA was founded in 1909, and included the Montreal Wanderers, Ottawa Hockey Club, Renfrew Creamery Kings, Cobalt Silver Kings, Haileybury Hockey Club, Montreal Shamrocks and Les Canadiens. (The last of those teams may be more familiar to readers as the Montreal Canadiens.) Out west, there was the Pacific Coast Hockey Association (PCHA), founded in 1911 and continued all the way to 1924.

The entire period of professional hockey before 1917 was characterized by owners’ struggles to acquire players, stealing players from other teams, trying to keep salaries down, trying to find places to play and trying to make sure players showed up for games. Teams and leagues were underfinanced, undermanned and not always drawing much of a crowd. World War I, in which many Canadian hockey players saw action, further complicated and destabilized attempts to establish solid professional leagues.

Stability at Last: The NHL Founded

To a large degree, the NHA owners who met at the Windsor Hotel were trying to break free of one of their own, an owner by the name of Eddie Livingstone, who was not in attendance. Combative, argumentative and generally unpleasant to work with, Livingstone probably deserves most of the credit for creating the league we know and love today as the NHL. Livingstone had bad history with all other owners, especially Lichtenhein. To escape Livingstone’s involvement in NHA business, the owners started a new league, the NHL, to freeze him out of the action. It was mainly Livingstone’s persistent lawsuits against the new league that caused the NHL to become a long-term solution.

The new league consisted of the Montreal Canadiens, Toronto Arenas, Ottawa Senators and Montreal Wanderers. In the inaugural 1917-18 season, the Arenas knocked off the Canadiens to win the NHL Championship, and beat the Vancouver Millionaires of the PCHA to win the Stanley Cup. (The Arenas are better known these days as the Toronto Maple Leafs.)

The first NHL game was played on December 19, 1917, and featured the Wanderers and Toronto. The Wanderers won 10-9, exciting the fans — all 700 of them. Shortly thereafter, a fire burned down Westmount Arena, home ice for the Wanderers and Canadiens. Unfortunately, all of the Wanderers’ equipment was destroyed and the team was not able to stay together. The Canadiens managed to replace their equipment and find a new home, Jubilee Rink.

If the Canadiens had not survived the fire, one has to wonder how the new NHL would have fared. As things turned out, the new NHL gathered momentum — momentum that continues to grow today, more than a century later.