Women in the NHL 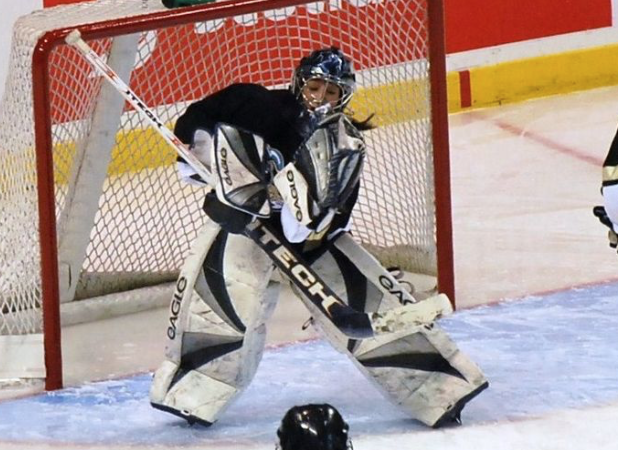 In 1992, goalie and Olympic silver medalist Manon Rheaume played for the Tampa Bay Lightning in an exhibition game against the St. Louis Blues, becoming the first female NHL player. In 2016, Dawn Braid became the first full-time female coach in the NHL, serving as skating coach for the Arizona Coyotes. While these are recent and powerful examples of women in the NHL, the fact is women have contributed a great deal to the NHL, virtually from the time the league was founded in 1917. Here are some other highlights.

Evelyn Byng, Viscountess Byng of Vimy, was born in 1870 in London. She moved to Canada in 1921 with her husband, Field Marshall Julian Hedworth George Byng, 1st Viscount Byng of Vimy, when he was appointed Governor General of Canada. In addition to her aristocratic pedigree, Lady Byng was also an ardent hockey fan, regularly attending Ottawa Senators games along with her husband. She is remembered today for donating the Lady Byng Trophy to the NHL in 1925, an annual award given to the NHL player exhibiting the greatest sportsmanship during the season.

Irene Castle, born in 1887 in New Rochelle, New York, was a wildly popular dancer in the early 1900s, performing and popularizing modern dance, jazz and ragtime on Broadway with her husband, Vernon Castle. What’s her connection to hockey, you ask? Tragically, Vernon died in an airplane accident during World War I. Later, she married Frederic McLaughlin, owner of the Chicago Blackhawks. In 1926, when the Blackhawks were founded as an NHL expansion team, Castle designed the team’s logo and uniform. While the Indian-head logo has evolved over the years, it remains one of the most iconic sports logos in the world.

Marguerite Norris, born in 1927 in Chicago, is well remembered as the NHL’s first female executive. When her father, James Norris, passed away in 1952, she became president of the Detroit Red Wings at the tender age of 25. In the three years she was in charge, the Red Wings won two Stanley Cups (1954 and 1955). Those victories also made Norris the first woman to have her name engraved on the Stanley Cup.

Making recent news was Kendall Coyne Schofield, the first woman to compete in the NHL’s skills competition (in the 2019 fastest skater event). Schofield, a forward, was a gold medalist in the 2018 Winter Olympics, playing for the United States. Born in 1992 in Palos Park, Illinois, Coyne was asked to fill in for Colorado center Nathan MacKinnon, who was said to be injured. Schofield finished seventh in the competition, but only about one second slower than the winner, Edmonton’s Connor McDavid.

Women on the Stanley Cup

In addition to Marguerite Norris, seven women have their names etched on the Stanley Cup:

Rheaume, the first female NHL player, continued to play hockey until 2009, as goalie for the Minnesota Whitecaps of the National Women’s Hockey League (NWHL). Her life story is being told in the movie Between the Pipes, in production as of 2017. The project was spearheaded by the late Penny Marshall, another woman who, like Rheaume, stood out in a field where success did not to women easily.