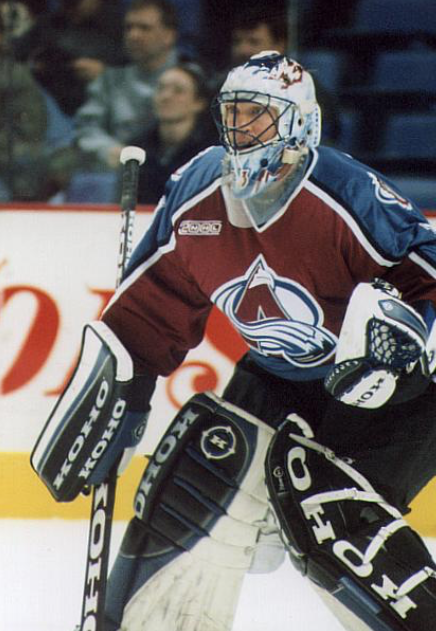 A lot of memorable NHL Stanley Cup Final series stick in your mind because they involved an upset or a ferocious struggle waged by an overachieving underdog. But the 2001 Stanley Cup was a classic because it involved a head-on collision of the two best teams in the NHL that season — a situation that is not always the case in the Stanley Cup Playoffs. The 2001 Colorado Avalanche and their Final opponent, New Jersey Devils, were powerhouse teams at the height of their power. It promised to be a whale of a series, and it was.

For starters, consider the goalie matchup: Patrick Roy and Martin Brodeur. Not only were they arguably the best goalies in the league that season, they were among the best goalies ever to play in the NHL. Colorado had the best regular-season record in the NHL, with 118 points. Its lineup included captain Joe Sakic, Peter Forsberg, Rob Blake and a 40-year-old legend Ray Bourque, who had never won a Stanley Cup. The Devils — defending Stanley Cup champions — were the top team in the Eastern Conference, with 111 points, whose lineup included Jason Arnott, Patrik Elias, Alexander Mogilny, Scott Stevens and Scott Niedermayer.

Road to the Final

In the East, New Jersey beat the Carolina Hurricanes 4-2 in the Conference Quarterfinals, and then knocked off the Toronto Maple Leafs 4-3 in a hard-fought Conference Semifinals. In the Conference Finals, the Devils won handily, 4-1 over the Pittsburgh Penguins.

In the West, the Avalanche breezed past the Vancouver Canucks 4-0, then won a tough series against the Los Angeles Kings 4-3 before beating the St. Louis Blues 4-1.

Bourque had his Stanley Cup, at last. With that accomplished, he retired — a fitting cap on a tremendous 23-year NHL career.