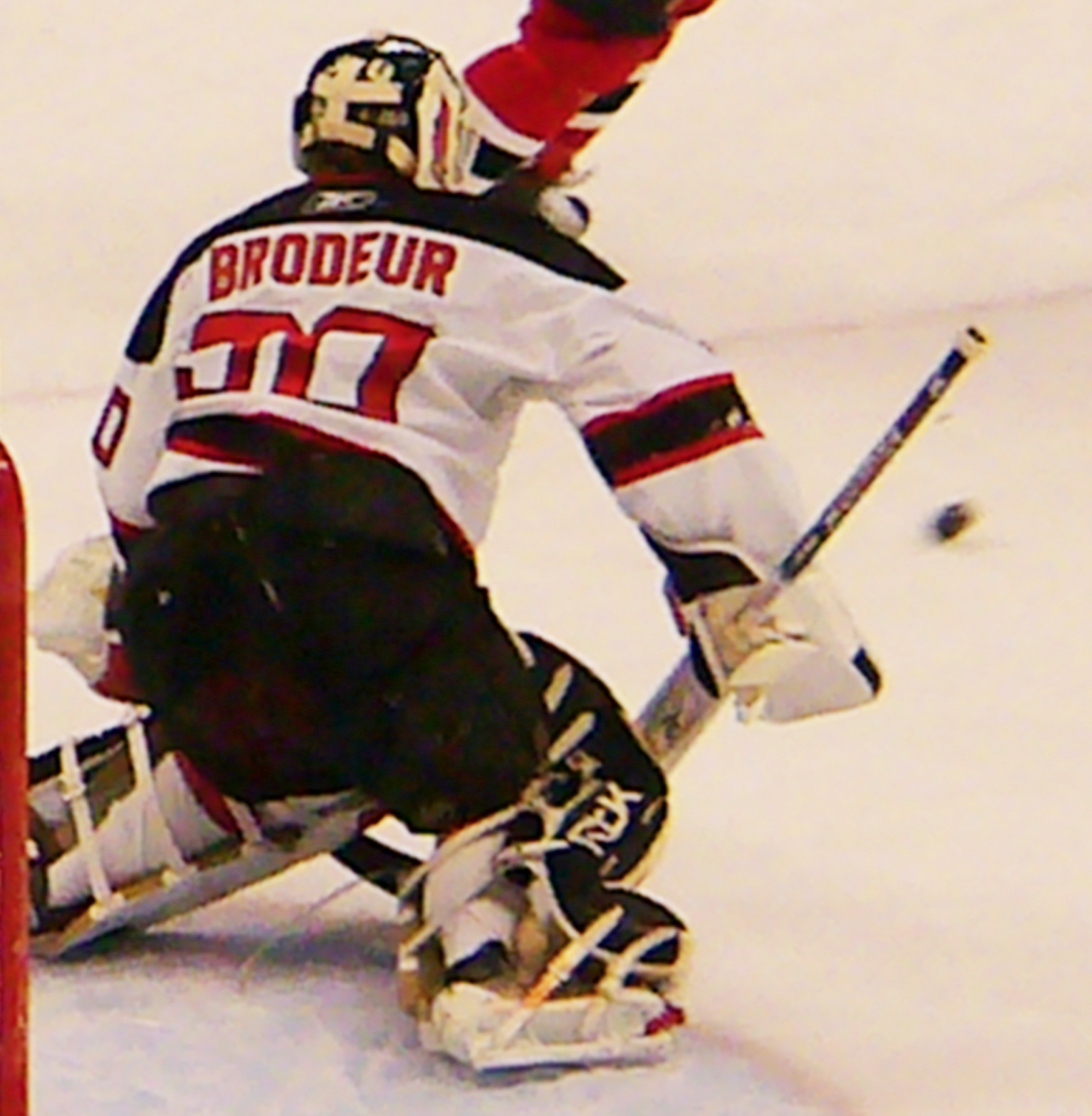 The NHL 2003 Stanley Cup Final pitted the heavily favored New Jersey Devils against an aptly described Cinderella team, the Mighty Ducks of Anaheim. The series turned out to be a seesaw battle featuring, at times, a surprising amount of offense for two excellent defensive teams. In net for the Devils was the outstanding veteran, Martin Brodeur, who had finished the regular season with an impressive .914 save percentage. Mighty Ducks goalie Jean-Sebastien Giguere was highly talented himself, with a .920 regular-season save percentage and coming into the Final on a roll — allowing just one goal to the Minnesota Wild in the Western Conference Finals.

The Teams — Paths to the Final

The 2002-03 Devils finished the regular season with 108 points, earning them second seed in the East behind the Ottawa Senators. In the Conference Quarterfinals, New Jersey polished off the Boston Bruins 4-1, took care of the Tampa Bay Lightning 4-1 in the Conference Semifinals, and got past the Senators 4-3 in the Conference Finals — rallying from a 3-1 deficit.

Anaheim, meanwhile, was a lowly seventh seed in the Western Conference, but their first-year coach, Mike Babcock, had them playing at the top of their game coming into the playoffs. The Ducks beat the heavily favored Colorado Avalanche 4-3 in the first round, and then in the second round beat another heavily favored team, the Dallas Stars, 4-2. In the Conference Finals, Anaheim swept another Cinderella team, the sixth-seeded Minnesota Wild, 4-0.

Game 1 was played in New Jersey on May 27. The Devils, who had allowed the fewest regular-season goals (166), played true to form and shut out the Ducks 3-0. They got goals from Jeff Friesen, Grant Marshall, and an empty-netter from Friesen with less than a minute to play. This was Brodeur’s first Final shutout.

Déjà vu for Game 2, played May 29 in New Jersey: Final score, 3-0 Devils. This time, New Jersey got tallies from Patrik Elias, Scott Gomez and Friesen, while limiting the Ducks to 16 shots (same total as in Game 1). The Devils now had a commanding 2-0 series lead.

Game 3 was played May 31 in Anaheim, and it was a crazy game indeed. Tied 1-1 in the second period, Brodeur dropped his stick when coming out to deflect a dump-in by Sandis Ozolinsh, and the puck rolled into the net. New Jersey tied it the third period, but lost in overtime when Ruslan Salei scored for the Ducks at 6:59 of OT. With the 3-2 win, Anaheim had clawed its way back into the series.

Game 4 was June 2 in Anaheim. Defenses for both teams were clicking on all cylinders. The game was scoreless at the end of regulation, but Steve Thomas scored 39 seconds into OT, giving Anaheim a 1-0 nail-biter win and knotting the series 2-2.

Game 5 moved back to New Jersey on June 5. The game featured a relative explosion of scoring. It was tied 3-3 in the second period before New Jersey pulled away en route a 6-3 win.

Game 6 was played in Anaheim on June 7. A dramatic moment came when Ducks captain Paul Kariya was leveled by Devils captain Scott Stevens after making a pass; Kariya was motionless on his back for several minutes before staggering off the ice. Amazingly, he returned to the bench a few minutes later — and a few minutes after that scored a goal. The fired-up Ducks won the game 5-2 to tie the series at 3-3.

Deciding Game 7 was played in New Jersey. In the second period, a Scott Niedermayer shot deflected off Mike Rupp to give the Devils a 1-0 lead. It was Rupp’s first career playoff goal. It set an NHL record, because it proved to be the first time a player’s first playoff goal was a Stanley Cup-winning goal. The final score was 3-0, and the Devils had another Stanley Cup, their third since 1994-95.