How To Pick The Perfect Hockey Stick

Did you ever watch one of those home rehab shows? You know, where the school teacher and the pharmacy tech are shopping for their dream house and settle for a half-million-dollar fixer-upper?

Whichever home they enter, someone has something to say about the color on the walls — which is absolutely the least important factor on which to fixate.

Think about that the next time you’re drooling over the flashy graphics on the apparently perfect hockey stick in the pro shop window.

There is no factor more important than kick point, which is the spot where your stick’s shaft flexes the most. Your kick point options are essentially these: low, mid and high. 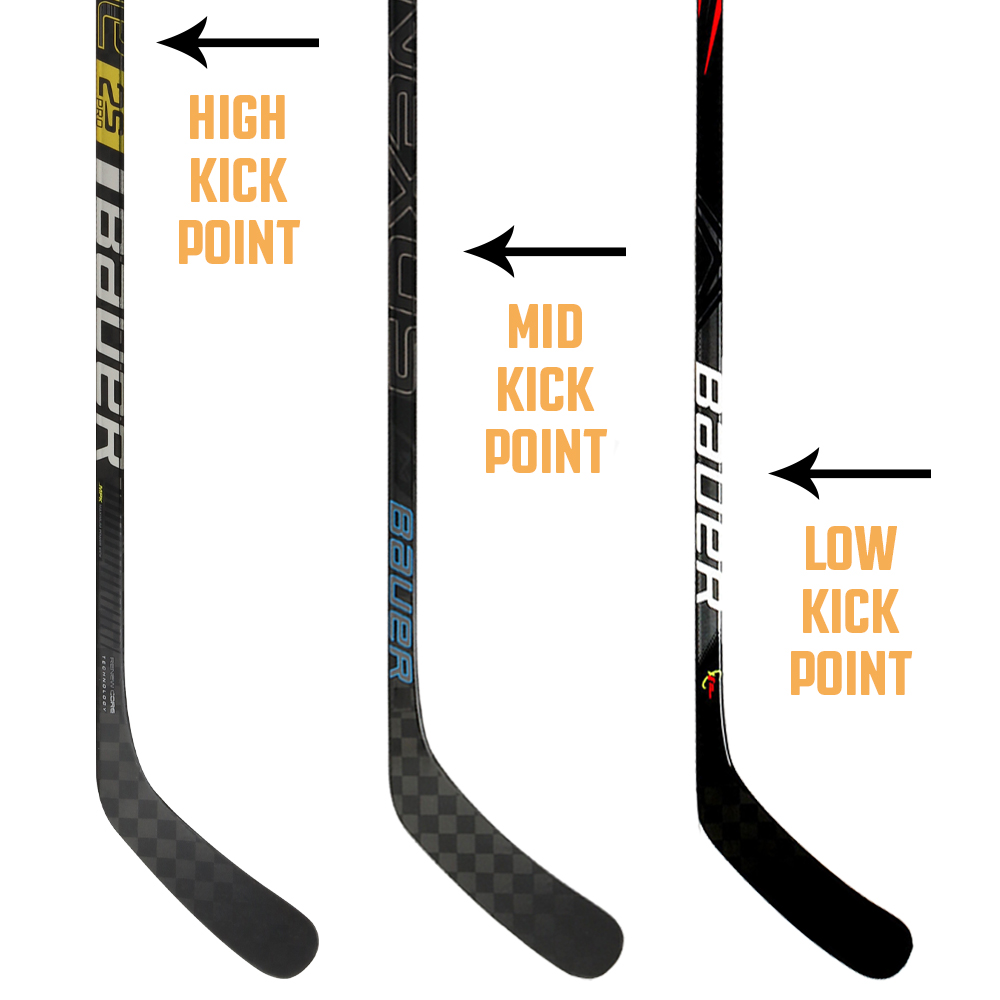 Low kick point sticks are typically favored by playmakers. The lower the kick point, the better the feel in stick handling and the quicker the release.

Mid kick point sticks appeal to a wider range of players, and the effective kick point can be altered by hand placement — the higher the hands, the lower the kick point.

High kick point sticks are cherished by the big hitters. If firing slap shots from the point or ripping one-timers from the top of the circle is your thing, this is what you want.

You’re going to get a composite stick — most likely graphite, perhaps with some Kevlar or titanium thrown in. The shape of the shaft — squared or rounded corners, concave sides, perhaps a taper — will influence your ability to hold on to and control the stick. Beyond that, here are some prominent specs to consider:

Flex: The measurement, in pounds, of the amount of pressure required to bend the stick one inch (the higher the number, the lower the flex). If you can’t bend your stick (if the flex is too low for you), you won’t get sufficient power on your shots. If your stick is whippy (if the flex is too high), you will lack accuracy. Rule of thumb: Start with a flex that’s half your body weight and adjust from there.

Height: Standing in your stocking feet, toe of the blade on the floor and between your feet, stick parallel to your body, the butt of the shaft should reach your nose — no higher than your brow, for sure, no lower than your chin. Generally, shorter sticks are for playmakers, longer sticks are for defensemen to enhance their poke checks, shot-blocking and slap shot power.

Blade curve: Basically, you can have varying degrees of three kinds of curve — toe, mid and mid-heel. Curve encompasses not simply the bend of the blade from heel to toe, but the twist of the blade from top to bottom. The twist is simple. The more open, or lofted, the face, the easier it is to elevate the puck — but you’ll sacrifice power. The bend is largely a matter of preference, but in the broad strokes a toe curve is for speed in elevating the puck, getting off a shot or a pass and stick handling; flatter blades help win faceoffs; heel curves keep the puck low for long passes and slap shots. 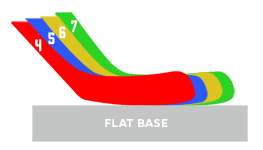 Blade lie: A stick's lie is the angle of the shaft relative to the blade when the blade is flat against the ice - typically this is a number between 4 and 7. The higher the number, the more upright the lie. Generally, higher lies help keep the puck closer to you, which is the preference of most danglers. Just starting out? Grab a Lie 5 off the rack, assume your natural skating position and check the blade’s contact with the floor. Flat, you’re good. If the toe is up, you need a lower lie number. If the heel is up, you need a more upright lie.

Considering the perfect hockey stick specs — not the coolest graphics package — is the best way to make your game look better. Start with finding the right kick point and let your play be the thing people notice when you step on the ice.