Well everyone reading has done the impossible, they’ve survived 2016. As we celebrate 2016 in all its glories and all its tragedies we move onto 2017. As 2017 greets us I can’t help but think back to what the top nutrition trends were of 2016 and whether they still apply for 2017, namely a bigger emphasis on Sports Nutrition and Personalized nutrition.

Every food and nutrition blogger of 2016 were jumping on top of the "Sports Nutrition and Personalized Nutrition Train" but in my mind the mark was missed; not greatly, but missed nonetheless. As a Sports Dietitian that works with athletes from the weekend warrior hoping to cross off the marathon bucket list item or professional and Olympic athletes, one thing I’ve learned more than anything else is that success is fueled by personalized nutrition. I couldn’t have learned this lesson any better than early on in my Sports Nutrition career when I was lucky enough to work with members of the 2014 Team Canada Women’s Gold Medal Hockey Team.

I was intimidated and excited. This was a National team with a 3 Gold Medal win streak at the Olympics and being Canadian, it was my dream to work with Hockey players on this level. What seemed like an easy project of preparing post game meals to replenish, refuel and rebuild quickly became an overwhelming task. We calculated the requirements of the players using one star player’s nutritional requirements and applied them to the team but quickly learned how naïve this was. We quickly learned how different each player’s nutritional needs were. There were so many things to take into account; age, player position, body composition, lifestyle factors and the list just kept going on and on. We quickly adjusted and many lessons were learned, quickly.

Fast-forward a few years into my Sports Dietitian career and I’m still seeing those mistakes but gladly not from myself. Having worked with more and more hockey players and athletes from the professional, national and Olympic levels; I now approach every athlete with a clean slate. Many athletes and hockey players now come to me with recommendations they’ve either searched out on the Internet or from other Dietitians or Nutritionists and I’m seeing the same thing over and over again; generic meal plans. Meal plans with the best intention but used as a broad-spectrum approach to optimizing performance. We know that every player and every athlete has completely different nutritional recommendations, but sadly the approach remains largely the same.

Now let’s take the fastest man in the world; Usain Bolt, as an example. Back in the 2008 Beijing Olympics, Usain famously ate nothing but Chicken Nuggets while he was in China simply because he was not familiar with any of the food being served. Without getting into the physiology and the sports nutritional sciences, it’s safe to say that this is not an optimal diet for an athlete. Glycogen replenishment wasn’t optimal, macronutrient needs were way off, micronutrient needs weren’t being met and fat & sodium intake were too high, just to name a few things wrong. But with that being said, we’re talking about the world’s fastest man that won three Gold Medals and held world records for each one of the performances. So yes, the nutrition wasn’t optimal according to the books but how do you argue with the medals and world records?

Now that last paragraph isn’t to take away the importance of proper Sports Nutrition and eating optimally for your sport but it’s to highlight how different nutritional needs are between athletes. You might be thinking; ‘Usain is a sprinter and I play hockey,’ but there are many similarities from an energy metabolism perspective between sprinting and hockey, so the point still stands. Everyone needs something entirely different for his or her success. I should also clarify; it’s not that these generic meal plans and standardized recommendations are bad; it’s just that they’re only going to get you so far. I always explain to athletes that 1) you get what you pay for and 2) that a meal plan will only take you so far before they need to consider working one on one with a Sports Dietitian. A meal plan for your sport might improve your performance but that improvement is limited. Working with a Sports Dietitian on your exact nutritional requirements for your sport is the best way to meet and exceed your potential.

So as I sit here on the early days of 2017, I sit here and think about what 2017 holds for us in the world of Sports Nutrition, Athletics and Hockey. I sit here and hope that this article and its contents reaches and inspires many athletes to consider working together with a Sports Dietitian to maximize their potential and to reach their Sports and Hockey Dreams! Although the Hockey season may be winding down for some hockey players it’s important to know that a Sports Dietitian is most effective in the off-season to help meet Nutritional and Athletic goals. So with that being said, Happy New Year and if you’re looking to take your game to the next level, get in touch with a Sports Dietitian to start working on exactly what your nutritional needs are, because the body of an athlete is like a elite performance car and I hope that you would never put regular fuel into a elite performance car so why would you fuel your body with junk? 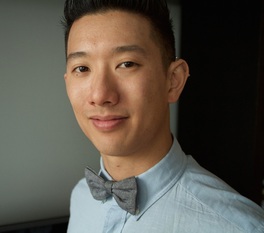 Owner, Founder and President of Evolved Sport and Nutrition