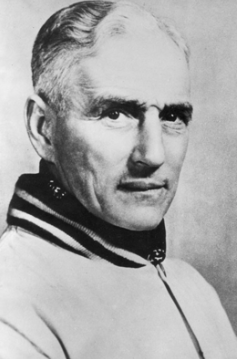 Born in Hamilton, Ontario, and raised in Winnipeg, James Dickinson Irvin II started playing hockey as a youngster, getting to games not in the family minivan but via horse and sleigh. He started playing professional hockey in 1916, but his career was interrupted a year later by World War I. Irvin served in France until the war ended in 1918.

After World War I, Irvin continued to excel as a player, mostly as a center for the Regina Victorias of the SSHL (Saskatchewan Senior Hockey League), the Regina Capitals of the WCHL (Western Canada Hockey League), and finally, from 1926-27 to 1928-29, for the Chicago Black Hawks of the NHL. Irvin’s playing career ended due to a skull fracture; he was a frequent all-star and a solid scorer with a wicked slap shot years ahead of its time.