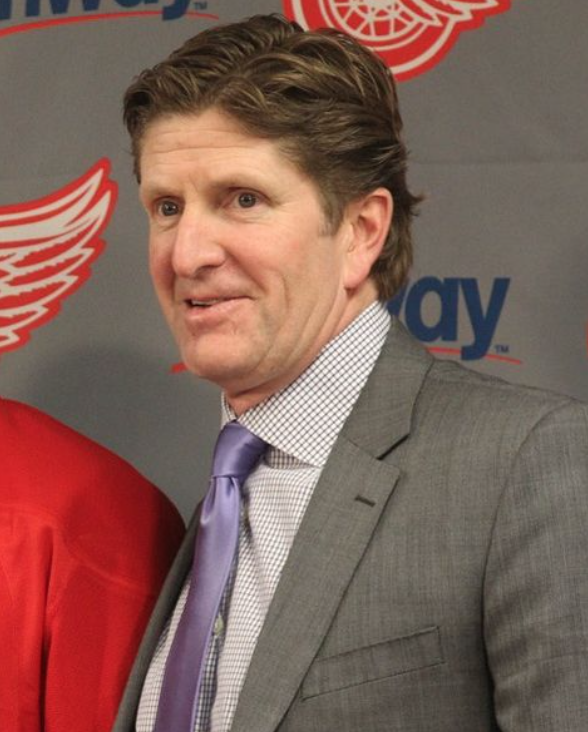 From Manitouwadge, Ontario, Babcock was player-coach in the UK for the Whitley Warriors in 1987. From there, he went on to excel in various coaching jobs in the WHL, CIS and AHL — and eventually became head coach of the Mighty Ducks of Anaheim in 2002. In his first season there, he led the Ducks to the Stanley Cup Final, where they fell to the New Jersey Devils 4-3.

In 2005, he was named head coach of the Detroit Red Wings. In each of his 10 years in Detroit, the Red Wings were a force to be reckoned with:

Moving to Toronto in 2015, Babcock has already made great strides in turning the struggling Maple Leafs into a solid contender. In his first season, the team had 69 points; in his second season, 95 points; and in his third, 105 points.

With a Stanley Cup, Olympic gold medal and World Championship to his credit, Babcock has the distinction of being the only member of the “Triple Gold Club.”

Babcock prefers winning through skill rather than brute force. Starting out as a physical education teacher, he’s always had an interest in cultivating talent — something he has done successfully at the NHL level season after season in developing players. He is also known as a systematic thinker and for having a strong work ethic: His players always take the ice prepared to play within a system designed around their particular strengths.

He is also not one to rest on his coaching laurels. Babcock is a coach always on the lookout for new ideas, strategies and tactics. His willingness to try new approaches and innovate may be what has kept him one step ahead of the pack year after year.