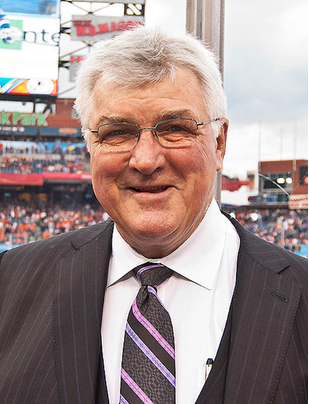 Pat Quinn and hockey go hand in hand. John Brian Patrick Quinn (1943-2014) was an accomplished hockey player, coach and NHL executive who is probably best remembered for his success behind the bench. Not only was Pat Quinn an NHL hockey coaching standout, he also fared exceptionally well as an international coach.

Quinn, born in Hamilton, Ontario, was a defenseman whose playing career stretched from 1958-59 to 1976-77. Pat Quinn in the NHL played for the Toronto Maple Leafs, Vancouver Canucks and Atlanta Flames. In 606 regular-season NHL games, Quinn recorded 18 goals and 113 assists.

Pat Quinn was a larger-than-life figure, a man who earned the respect of his players and peers. He was often described as competitive, classy and fun to be around. He could be tough on players, but never embarrassed them publicly. The fact that he was successful as a coach of NHL superstars as well as junior players speaks to his versatility, winning personality and total commitment to the game of hockey.