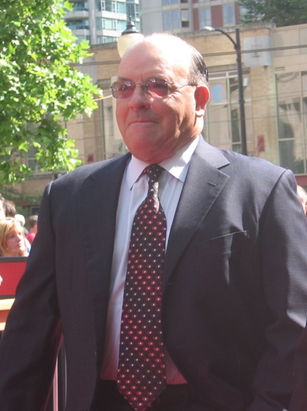 Scotty Bowman holds the record for NHL all-time coaching wins, and on that basis alone many people judge him to be the greatest NHL coach of all time. Impressive as that stat is, Bowman has many other records and achievements to his credit, making his case very strong indeed for being the best NHL coach ever.

Let’s survey Scotty Bowman’s coaching record team by team. It gives you a pretty good picture of his coaching prowess.

Does that look at Scotty Bowman teams coached make the case for him as best NHL coach ever? Here are a few more facts to consider.

Born in 1933 in Verdun, Quebec, William Scott Bowman continued to be active in the NHL after retiring from head-coaching duties. His winning ways continued: As Senior Advisor to Hockey Operations for the Chicago Blackhawks, he was instrumental in bringing that team back to life with Stanley Cup championships in 2010, 2013 and 2015.

Bowman not only won everywhere he went, he won big. Whether or not you consider him the greatest NHL coach of all time, there’s no denying he set several amazing records, with many of the biggest ones still on the books — most wins, most consecutive wins in a season, most games coached, highest points total for a season. And, given the big lead he has in wins and games coached, his records may stand for quite a few years to come.