The 1971 Stanley Cup Final featured two Original Six teams in a hard-fought seven-game series, a series still talked about by hockey fans who were around to see it. The series featured the Chicago Black Hawks (the team didn’t change its name to Blackhawks until 1986) against the Montreal Canadiens. The Black Hawks, new to the West Division in the 1970-71 season, won the division with 107 points and were favored over the Canadiens, who finished third in the East Division with 97 points but managed to knock off the heavily favored Boston Bruins — who amassed 121 points during the regular season — in a first round, seven-game series.

The Black Hawks were led by Billy Reay, who coached the team for 14 seasons (1963-64 to 1976-77) and had an overall head coaching record of 542-385-175. The 1970-71 Black Hawks were one of his strongest teams, with Tony Esposito in net and a star-studded lineup including Bobby Hull, Jim Pappin, Stan Mikita, Pit Martin and Keith Magnuson. The Black Hawks got to the Final by sweeping Philadelphia 4-0 in the quarterfinals and edging the New York Rangers 4-3 in the semifinals.

The Canadiens head coach was Al MacNeil, who lasted only one season in Montreal despite his incredible overall success (more on that later). The Canadiens had struggled in recent seasons, but had a solid lineup that included Frank and Peter Mahovlich, Jacques Lemaire, Jean Beliveau, Henri Richard and Ken Dryden tending goal. After its tremendous upset of Boston in the quarterfinals, Montreal earned a 4-2 semifinals victory over the Minnesota North Stars to earn a shot at the Black Hawks in the Final. 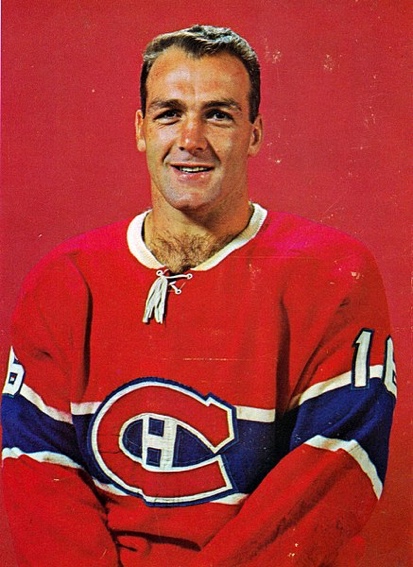 1. Game 1 was played on May 4 at Chicago Stadium, with the Hawks earning a 2-1 overtime win. Lemaire scored for the Canadiens; Hull and Pappin for the Black Hawks. The Black Hawks had 58 shots on goal to the Canadiens’ 37.

2. Game 2 was played in Chicago on May 6. The highest-scoring game of the series, the Black Hawks won 5-3 and outshot the Canadiens 35-27. The Black Hawks had a 2-0 series lead and appeared to be closing in on their first Stanley Cup championship since 1961.

3. Game 3, played on May 9 at Montreal Forum, was a 4-2 victory for the Canadiens. Scoring for Montreal were Pete Mahovlich, Frank Mahovlich (2) and Yvan Cournoyer. Black Hawks goals came from Cliff Koroll and Bobby Hull. The Canadiens outshot the Black Hawks 40-18.

4. Game 4, played in Montreal on May 11, was another home-team win, with the Canadiens evening the series with a solid 5-2 victory. Shots were even at 32.

5. Game 5 was played on May 13 in Chicago. The Black Hawks blanked Montreal 2-0, with goals from Dennis Hull and Korroll, despite being outshot 31-22.

6. Game 6 was played in Montreal on May 16. Would the home team win again? Yes. Montreal nipped the Black Hawks 4-3 despite being outshot 30-16. The series was even at 3-3, with the teams heading back to Chicago for the seventh and decisive game.

7. Game 7 was in Chicago on May 18. The Black Hawks jumped out to a 2-0 lead on goals from Dennis Hull and Danny O’Shea, but Montreal recovered with two second-period tallies, from Lemaire and Richard. In the third period, Richard scored again, and that is how the game ended — a 3-2 win for the Canadiens and their 17th Stanley Cup.

Montreal would win the Cup again the following season, while the Hawks would have to wait until 2009-10 for their next championship. A parade was held for the Canadiens in Montreal on May 20, with more than 500,000 people crowding the streets to hail the champions.

There was some controversy in the Final, most notably when Richard called MacNeil incompetent and the worst coach he ever played for, after MacNeil benched him in the Game 5 loss. MacNeil, an English-speaking coach who had ongoing struggles with Richard and other players, lost his job after the season. But, time heals all wounds. MacNeil came back to the Canadiens as Director of Player Personnel (ironically) and won two more Stanley Cups, in 1978 and 1979.

The 1971 Stanley Cup Final was a hotly contested series between two talented teams with a long history. It stands out as one of the most memorable in the post-expansion history of the NHL.