Choosing Between Hockey Pants and Girdles

When choosing  hockey pants, you don’t want to make a mistake.

We’re not even talking a Cooperalls-level mistake. Long pants have, thankfully, been consigned to the clearance rack of hockey history.

Rather, your choice is between traditional ice hockey pants and ice hockey girdles. They do the same job, but differently enough so that choosing between the two is not merely a matter of aesthetics (even though appearance is part of the deliberation, as well). Do you want to look like Gordie Howe or feel like a superhero?

At the most basic level, traditional pants appear a little looser, and with the padding built in, the overall effect tends to be a more voluminous appearance. Girdles are akin to armored compression shorts, covered with a closer-fitting pair of shorts called a “shell.”

Before we get into the cargo shorts vs. slim fits argument, here’s what you’ll want to make sure of when trying on whichever option you choose:

Hockey girdles, basically, are the inside of hockey pants, disconnected from the outside and reconnected to something much more form fitting. They’re what they sound like — tight-fitting, protective garments.

A benefit of girdles is that one girdle can be worn under whatever shell you like. So, if you play for two or more teams, you can swap out  shells and use the more expensive girdle with all of them.

Also, some girdles come with a built-in protective cup. You’ll need to wear a cup and supporter under traditional hockey pants. 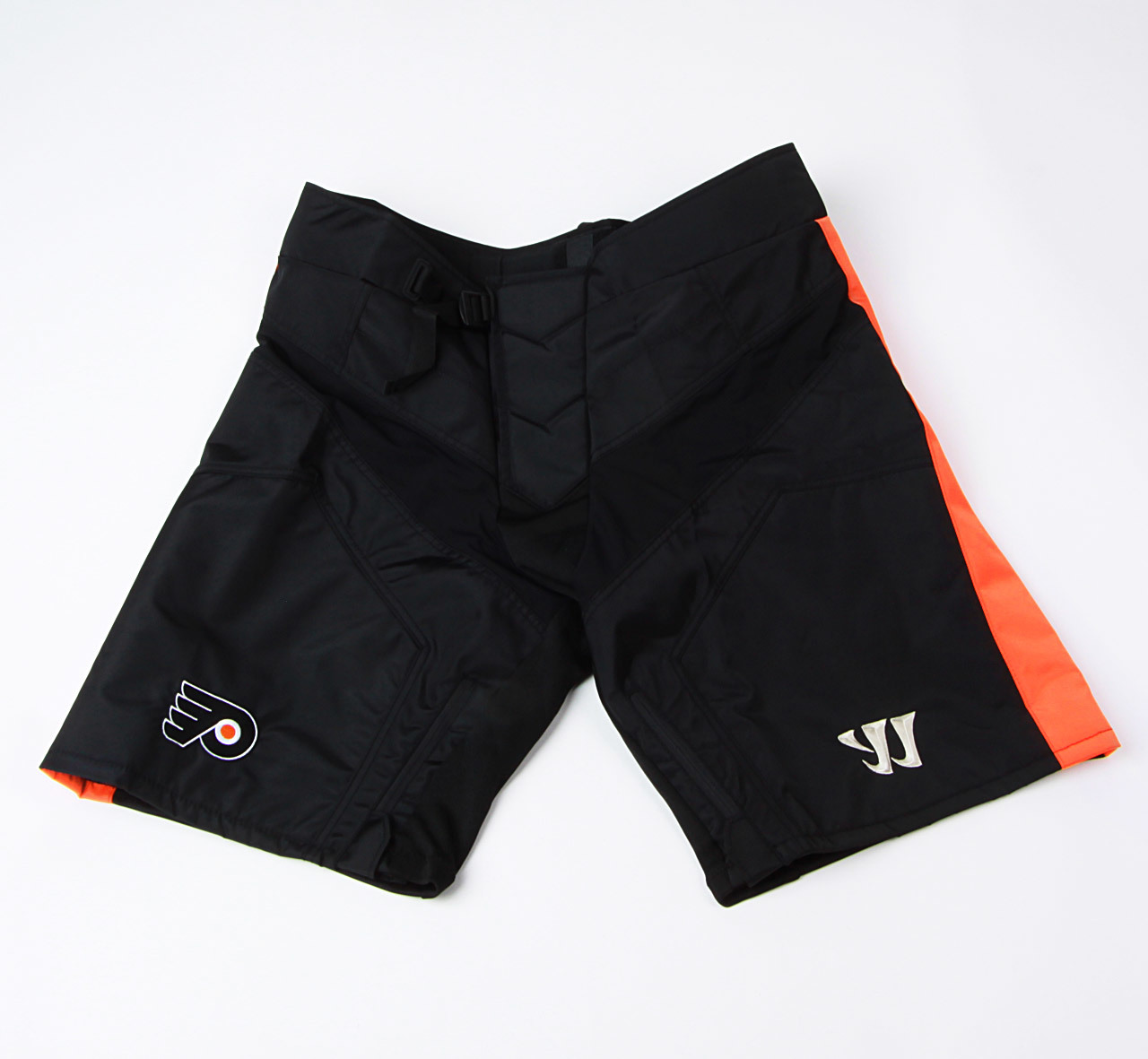 The  best hockey pants are loose, except at the belt. The pads are built into and move with the shorts. They’re a much more traditional look than girdles with hockey shells. Some players prefer to wear their hockey pants with suspenders, to make sure the belt stays as high as it needs to be.

One argument some make against girdles is that their relative tightness feels as if it restricts a player’s stride, and the overall fit is finicky and requires constant adjustment. Conversely, others say that same close fit feels lighter and makes them feel stronger and more athletic, and the pads moving in unison with the legs feels more natural.

Ultimately, it’s a matter of personal preference. Either way, quality hockey pants or a girdle, properly fitted, will protect and perform well.