Ninety percent of the world is right-handed. Yet, in the NHL, more than 60 percent of the players have a left-handed shot — i.e., with their right hand on the top of the stick’s grip and the toe of the blade curving to the right as you look down on it. Manufacturers generally sell two  left-handed hockey sticks for every right-handed hockey stick.

Somehow, this has to be Stan Mikita’s fault. 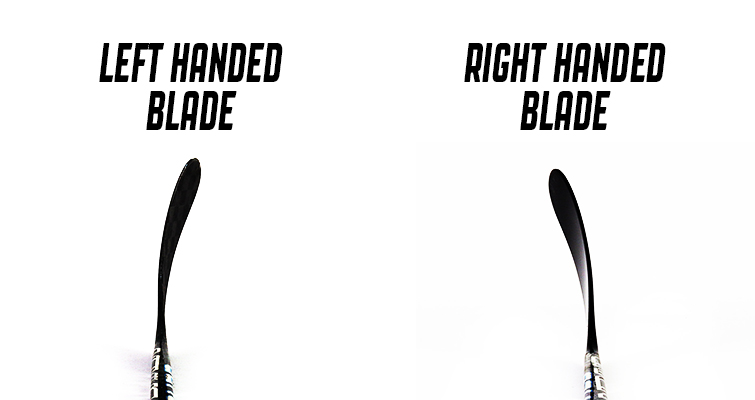 Mikita, the Blackhawks Hall of Famer, is widely credited with inventing — or at least popularizing — the  curved hockey stick blade. So the story goes, one day at practice he mangled his stick in a gap in the boards, and the next thing you know he and Bobby Hull are going top shelf on befuddled goalies all day long. Until he did so, hockey sticks had a flat blade and players could shoot forehands from either side without grating against the curve.

Some did so rather famously. The legendary Gordie Howe, who played more NHL games than anybody and is the only player besides Wayne Gretzky with more than 800 goals, was technically a right-handed shot but on occasion would switch to lefty when the opportunity presented itself. 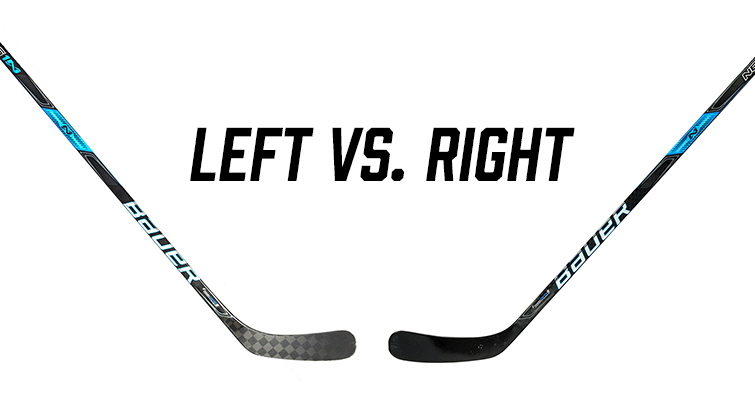 Why Do So Many Righties Go Lefty?

Ask 100 hockey players, get 100 answers. But one sensible theory is this …

When you’re young and somebody hands you a hockey stick, you’re going to grab the grip with your dominant hand. If your right hand is your dominant hand, it naturally becomes your top hand and, boom, instant lefty shot.

Of course, fewer U.S.-born players shoot lefty than Canadian and European players.  In fact, the New York Times reported a few years back that Easton’s Canadian sales ran at roughly 60 percent left-handed hockey sticks, while the company’s U.S. sales were 60 percent righty. Other manufacturers put the split closer to 70/30. We have theories on that, too.

In Canada, a kid’s first sport is likely hockey. Back to the dominant hand concept. In the United States, through baseball or football or basketball or holding a pencil, a player’s “handedness” will be long established by the time Mom and Dad go shopping for his or her first stick — and Mom and Dad will naturally think to buy a right-handed hockey stick for their right-handed child.

A look at the 2018 U.S. Olympic rosters bolsters that argument. The men’s Olympic team had 14 left-handed shots and 11 right-handed, while the women had eight lefties and 15 righties.

It’s Better to Be Ambidextrous

Players who use left-handed hockey sticks get to the NHL more often than those with sticks curved the other way. One widely held belief is that playing with your dominant hand low on the stick slows your development, especially when it comes to facility on the backhand side.

One area that really showcases hockey ambidexterity — playing with your dominant hand low — is playing off wing. It is extremely difficult in a number of aspects for a left shot to play the right wing, or vice versa — but there are many reasons to do so. Sure, you’re going to have to handle the puck on your backhand side, by the boards, to keep it away from defensemen in the middle of the ice. But you’ll develop touch doing that. Besides, a player on the off wing has his forehand in the middle of the ice, all the better to attack.

Go for the Top

In the end, it’s just good sense to go with your dominant hand on top. Right-handers who use a right-handed hockey stick will argue that a dominant hand down low increases power. But, even if it does, aren’t you better off using that strength up top, for stability and control as you handle, shoot and pass the puck? Put it in golf terms — you’re better off in the fairway than 10 yards farther and in the rough. When it comes to your strong hand in hockey, if you can choose, take the high road.