Bauer Vapor 1X Gets All The Glove Love

Bauer Vapor 1X gloves are the most popular gloves in the NHL.

That’s not exactly news.  Last season, the Vapor 1X was also the most popular glove in the league. This year four versions of Bauer Vapor gloves are on the list, with the Vapor 1X again leading the way.

Actually, when it comes to appendages, Bauer 1X is apparently the way to go. Vapor 1X skates have carved out a 32.5 percent share of the NHL market, according to the equipment trackers at GearGeek.

The numbers for Vapor 1X gloves are slightly more modest. But, in the most competitive gear segment in pro hockey — there are 40 different glove models currently being used in the NHL, compared to 32 stick models, 23 skate models and 18 helmet models —  Bauer Vapor 1X gloves hold a market share roughly double that of their nearest competitors. 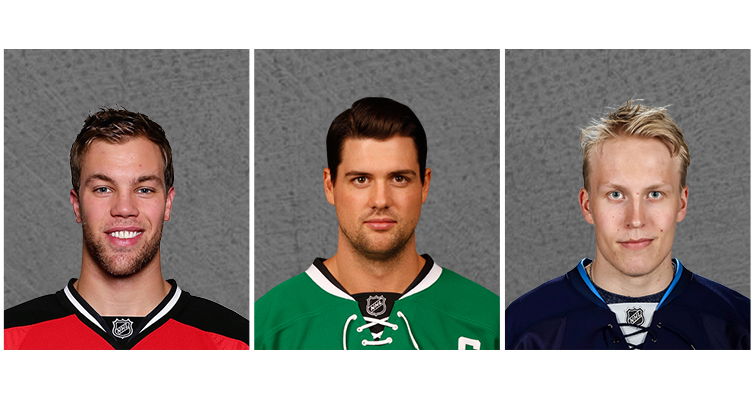 Hand It to These Guys

Goals Guys: Patrik Laine was No. 2 in the league with 44 goals last season at age 19. The Winnipeg winger bumped that up from 36 in his rookie season. Tyler Seguin scored 40 goals, giving the Dallas center an average of 34.6 goals per season over the last five. Both wear Bauer Vapor gloves.

Trophy Handlers: New Jersey’s Taylor Hall had 39 goals, a career high, and added career highs in assists (54) and points (93) en route to becoming the  first New Jersey player to win the Hart Trophy as the league MVP in 2017-18. Tampa Bay’s Victor Hedman, a great offensive defenseman, won the  ’17-18 Norris Trophy in his second straight season as a finalist. T.J. Oshie, a solid third option in Washington for years, was among the first Capitals to carry the Stanley Cup they won last season. All wear Vapor 1X.

Work Gloves: Bauer 1X gloves must be comfortable, because St. Louis’ Alex Pietrangelo wears them and he’s had an average ice time per game of more than 25 minutes for each of the past six seasons. The Vapor 1X must come off easily, because Zack Kassian wears them and he’s averaged 102 penalty minutes per season over three years in Edmonton.

Two Nikitas: Nikita Kuckerov and Nikita Zadorov couldn’t be more different on the ice. The former, a winger, was a 100-point scorer last season for Tampa Bay. The latter, a defenseman, had 103 penalty minutes for Colorado. But both Russian-born players wear Bauer 1X.

Why do so many players choose Bauer Vapor 1X gloves?

Likely, it is the Bauer 1X’s combination of mobility and protection.

The Vapor 1X is Bauer’s flagship taper fit glove. Its design, with a wide fit in the cuff and standard fingers, offers control while maximizing wrist mobility.

Triple-density foam (in other words, three layers of varying densities) make up the impact management system. The combination produces a lightweight glove that offers superior protections while maintaining comfort. 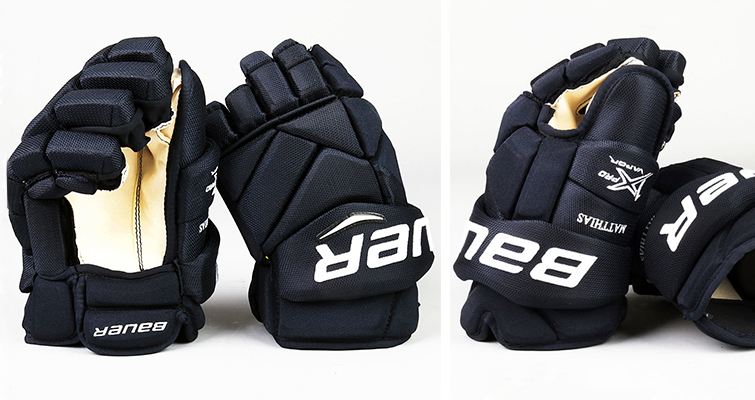 Bauer’s own 37.5 Fabric lines the Vapor 1X. The material’s drying properties — Bauer says it is the fastest-drying fabric in hockey — help keep  that familiar sweat stink from settling into your hockey gloves.

A two-piece segmented locking thumb allows a more controlled grip while providing protection against backward bending. Other control-minded features are a double-segmented index finger and what Bauer calls its AX Suede Quattro Grip palm, which adds a large wear patch in the palm where holes usually begin and smaller grip patches near the base of the fingers.

Most people probably pay attention to hockey gloves only when they’re being dropped. But players pay great attention — and they’re particular. There were 40 different glove models in use by NHL players at the end of the regular season, sold under eight different brands. CCM was the most-used brand, but its top-selling model wasn’t as popular as the line-leaders [...]

Thousands of places across cyberspace will sell you a hockey stick, skates, or a helmet. GearGeek will simply tell you what you really need to know about that equipment — and gloves, and pants. What do the NHL players use? Essentially, each and every one of them. Updated daily and sliced just about any way you could imagine — by gear [...]

What You Need to Know About Verbero Hockey Gloves

Verbero Sports was founded in 2009, initially entering the inline market having designed the Aero Puck in 2010, and in the last two years, shifting its development to ice hockey with the aim of producing high-end products in the glove, stick and pants market.The company asked if I could review a pair of its preliminary ice hockey gloves, and with some [...]

Back in 2007 when I purchased my first set of pro stock gloves the market was small and the community of pro stock enthusiast even smaller, so you can imagine getting information regarding gloves specs was near impossible. But, with the emergence of pro stock hockey forums and gear site like prostockhockey.com (PSH) the shear amount of gloves available to the [...]