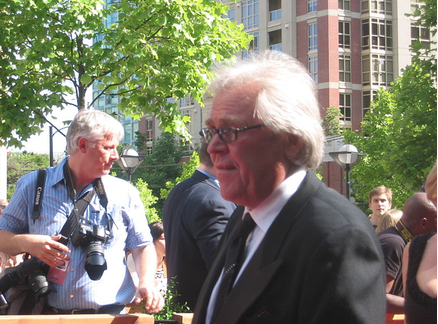 Born in High River, Alberta, in 1943, Glen Sather has had a great career as a player, head coach and executive. The highlight of his many years in the NHL is no doubt his 14 seasons as President/GM/head coach of the Edmonton Oilers (WHA and NHL), beginning in 1976-77. During his tenure as Oilers head coach, Edmonton amassed a level of success that has yet to be matched.

Glen Sather and the Edmonton Oilers

Sather was playing for the WHA Oilers in 1976-77 and became their player-coach late in the season. Continuing as head coach after retiring as a player, Sather pressed ownership to land a player many experts thought was too small for the NHL — Wayne Gretzky. Gretzky joined the Oilers while there were still in the WHA, in 1978-79. In a few years, the now-NHL Oilers would dominate the league in a big, big way. With Sather as President/GM/head coach, highlights include:

Edmonton’s dominance in the 1980s is something they still talk about, not only in Edmonton, but wherever in the world hockey is played. In directing the front office and managing affairs on the ice, Sather was an enormous part of the most successful equation the NHL has ever seen. Sather was inducted into the Hockey Hall of Fame as a Builder in 1997 — the only Builder selected that year.

In addition to Hall of Fame honors, Sather received the Jack Adams Trophy as NHL coach of the year in 1986. In the 1985-86 season, the Oilers scored 426 goals, 100-plus more than the league average. The team finished the regular season 56-17-7.

Sather played 10 seasons as a left winger in the NHL between 1966 and 1976 before coming to the Oilers in the WHA. His NHL tour of duty included time with the Boston Bruins, Pittsburgh Penguins, New York Rangers, St. Louis Blues and Minnesota North Stars. He played in 658 regular-season games, recording 80 goals and 112 assists.

Sather joined the New York Rangers organization in 2000 as their president and GM, a position he held until 2015. During his tenure, the Rangers improved significantly, making the Stanley Cup Playoffs four times straight between 2005-06 and 2008-09. Sather’s Rangers did particularly well in the draft, with players such as Ryan Callahan, Marc Staal, Chris Kreider, Carl Hagelin and goaltending stalwart Henrik Lundqvist. The foundation built by Sather was a strong one, as the Rangers have gone on to gain momentum in the 2010s.

Behind the bench, Sather was noted for giving players room to excel, encouraging them to play to their strengths. This talent management certainly helped Gretzky and the other Oilers maximize their productivity game in and game out. At the same time, he had the ability to discipline players and instill in them a little motivational fear. Just about everyone acknowledges his skill in fundamentals, comparing him to Scotty Bowman in his ability to manage the Xs and Os.

In addition to Gretzky, Sather helped select and nurture many other NHL standouts, including Paul Coffey, Andy Moog, Jari Kurri and Grant Fuhr.

All of these accomplishments remind us that it takes more than one great player — even one as great as The Great One — to make a championship team. For that to occur, it takes teamwork, organization, on-the-ice and off-the-ice strategic and tactical skill. This is what Glen Sather brought to the table in Edmonton and why he is a Pro Stock Hockey Top 9 Coach.