The 6-foot-9 Boston Bruins defenseman is known for having the stiffest stick in the NHL, typically playing with a 150 or 155-flex stick in a league where anything in three digits is considered stiff. But there may be an evolution underway for Zdeno Chara, a 250-pound behemoth who in 2012 set an NHL All-Star weekend skills competition record with a 108.8 mph slap shot.

Lately, the game-used sticks Pro Stock Hockey has been receiving from Chara are 130 flex. At age 41, is he lowering his flex to boost diminished power with a little extra whip?

It wouldn’t be unheard of. NHL players typically begin a season with their stiffest flex stick because, fresh off summer workouts and not yet worn down by the grind of the season, they’re at their strongest. Some players mitigate the effects of fatigue and general wear and tear by dropping their flex five or 10 pounds over the course of the year.

Simply, a stick flex rating is the number of pounds of force required to bend the shaft one inch. Thus, a 100-flex stick is stiffer than an 85.

An oft-repeated rule of thumb says to use a stick with a flex rating half that of your body weight. In 2017-18, the average NHL player’s weight (not counting goalies) was 200.7 pounds, so you do the math. But why would you stray from that guideline?

It depends on your style of play. A stiffer flex stick will help you win puck battles along the boards and faceoffs, and if you’re blasting shots from the point you’ll create more power. Less hockey stick flex increases your feel, better for sending and receiving passes, controlling the puck and getting off shots quickly and precisely. 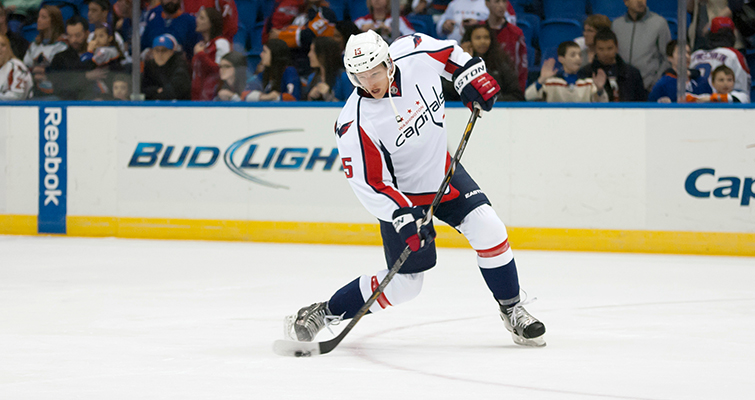 Basically, finesse players — wingers, largely — tend toward lower stick flex ratings. Centers seek all-around playability. Defensemen will tend toward the stiff side, all the better for poke checks, slap shots and general mucking it up.

Your strength has something to do with it, too. Two-hundred-pound bruisers who don’t top 6 feet tall are probably going to use a stiffer stick than a lean, 6-foot-3, 200-pounder.

And, yes, age is a factor. Just like with golfers, when your swing speed goes down, you’re likely to recoup some lost power with a whippier shaft.

Sure, the guys whose hockey sticks you could use as a chinning bar get a lot of attention. But here are a few NHL players whose stick flex is somewhere between “pool noodle” and “CB antenna”: 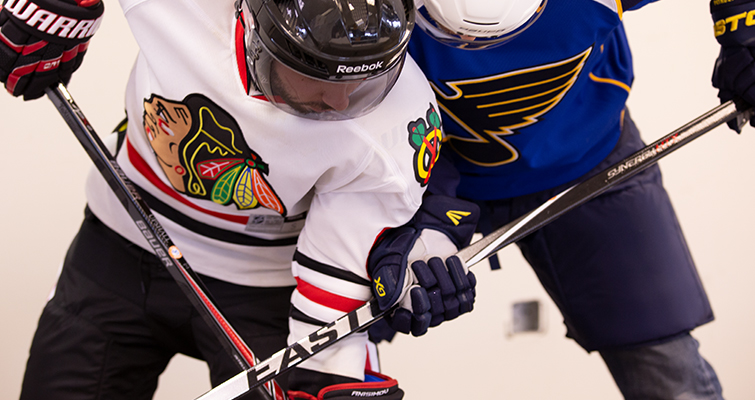 Ultimately, hockey stick flex is a personal preference — and preference change. Last season, Washington’s T.J. Oshie snapped a 19-game goal drought by switching from an 82-flex stick to an 87. His teammate, playoffs MVP Alex Ovechkin, is one of the great goal scorers in NHL history and tips the scales at 239 pounds, yet uses an 80 flex. Then there’s Shea Weber, checking in at 6-4, 236, who typically uses a 122 flex and has been known to dial it up to 130 on special occasions — but now that he’s 33 years old and just returned from a knee injury, that could change. The point is, whatever stiffness you choose, it’s good to remain flexible.