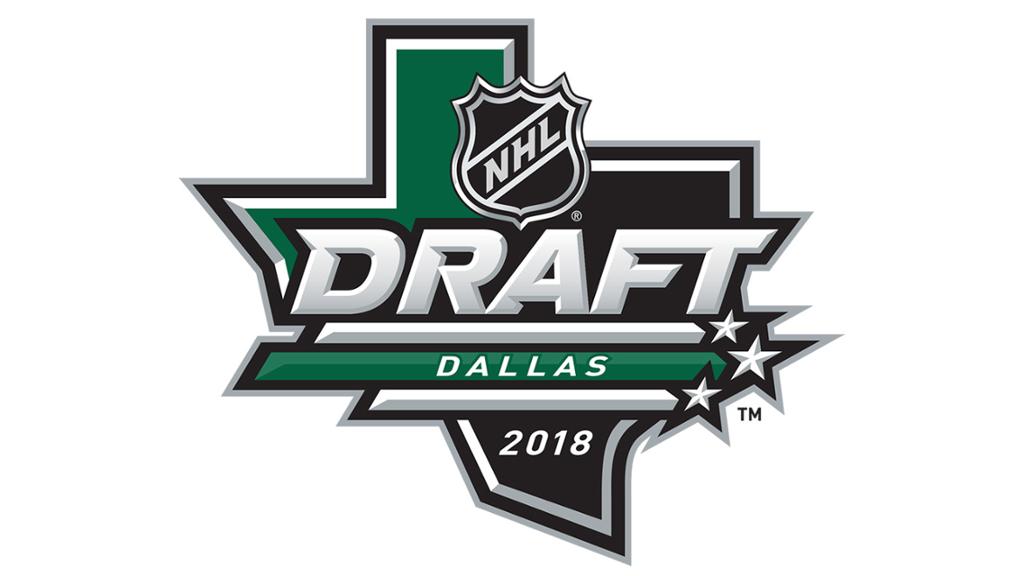 Each year, when the Stanley Cup Playoffs end, only one team can really be happy, right?

For everybody else, elimination meant turning attention to the NHL draft — being held tomorrow in Dallas. And it’s a good year to do that.

Despite Rasmus Dahlin’s near-certain status as the No. 1 overall pick and similar projections for Andrei Svechnikov at No. 2, this is widely considered a deep draft. Yet, while there might be “first-round talent” available midway through the second round, fans everywhere will concentrate on what their club does among the first 31 picks.

Here’s a look at some of the names you’ll likely be hearing early tomorrow night. After the first two, they’re in alphabetical order because, who knows?

Rasmus Dahlin (D) 6-2, 181. Frolunda, SHL. The Swedish Bobby Orr? Enough said. The Buffalo Sabres have the top pick and hosted the NHL combine — and will surprise no one when they take him.

Andrei Svechnikov (RW) 6-2, 188. Barrie, OHL. OHL Rookie of the Year despite playing roughly two-thirds of the season, after winning USHL ROY the year before. Goal scorer has drawn comparisons to Alex Ovechkin.

Evan Bouchard (D) 6-2, 193. London, OHL. Heavy shot, physically a beast, great ice awareness. Rising on many lists, though he is not fast.

Joel Farabee (LW) 5-11, 164. USNTDP. Will have to add strength and weight, but his work ethic suggests he will. Team USA captain.

Barrett Hayton (C) 6-1, 190. Sault Ste. Marie, OHL. The best of a weak center crop? Maybe, but the Greyhounds were so good they might have made him look better.

Quinn Hughes (D) 5-10, 170. University of Michigan. As a freshman, was perhaps the most dynamic defenseman in the NCAA. Elite skills with the puck. This draft is probably deepest at defense, and Hughes might be the No. 2 D-man behind Dahlin.

Rasmus Kupari (C) 6-1, 183. Karpat, SM-Liiga. Maybe the best Finn in this year’s draft, and that designation is worth something. Very slick offensive player.

Brady Tkachuk (LW) 6-3, 196. Boston University. Keith’s son, Matthew’s brother. Quicker and less likely to brawl than either. Soft hands and sees the ice as well as anybody in the draft. He’ll go high.

Oliver Wahlstrom (RW) 6-0, 205. USNTDP. U-18 performance shows he can score. After Svechnikov, might be the best scorer in the draft.

Filip Zadina (RW) 6-0, 195. Halifox, QMJHL. His father was a player and now coaches in the Czech Republic’s highest pro league. The younger Zadina displays the ice sense and skating you’d expect from a coach’s son. He’s a natural scorer whose explosive shot is his greatest of many assets. He’ll go near the top.

​After Vegas Success, NHL Watchers Ask Who Gets Knighted Next

In Vegas, the house always wins. Or in this case, the Fortress. That’s the castle-like deal at one end of T-Mobile Arena, above the ice that the Las Vegas Golden Knights call home. And winning is virtually all the Knights have done since entering the NHL this season, rapidly hitting the expansion jackpot and establishing a template for future franchises that [...]

Let’s get one thing straight: Connor McDavid is the highest-paid player in the NHL. Sort of. Certainly, the Edmonton center’s contract extension, signed in July for eight years and $100 million, gives him far and away the highest average annual salary — $12.5 million per — over the life of a deal when it kicks in next season. But then, Alexander [...]

It’s no secret that hockey can be a stinky sport. Practices multiple times a week, games every weekend and daily workouts make showering an all-too-common occurrence. During the season, hockey players constantly need to shower multiple times a day, every day.Wake up. Shower. Afternoon workout. Shower. Late-night practice/game. Shower.Sound familiar?For much of his teens and 20s, this was the [...]

A Day In The Life On The RoadBy: AJ LeeOften overlooked and underappreciated by fans across the NHL, the role of team equipment manager is much more demanding than most would imagine. In a recent interview with Detroit Red Wings equipment manager, Paul Boyer, I was able to pry a little bit deeper into a day in the life [...]

Pro Stock Hockey's Guide To Getting Rid Of "Hockey Smell"Every team loves a player who can step up and score the game-winning goal, but nobody likes a teammate or a friend who smells like he hasn't showered in a month. The smell of hockey — that combination of sweat, plastic, leather, etc. — is arguably the worst [...] 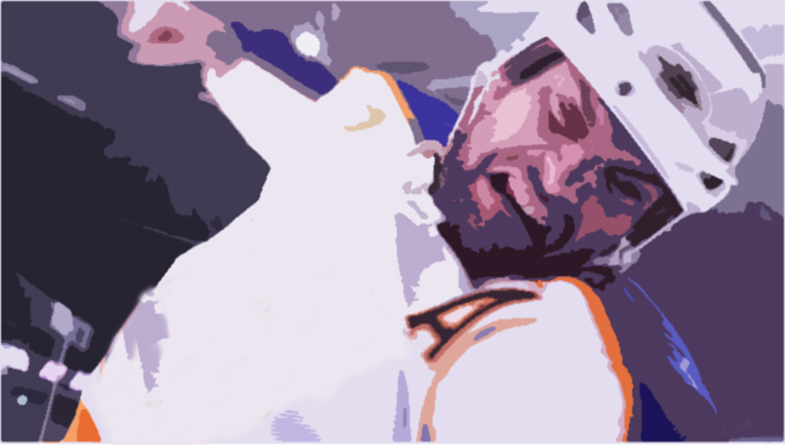 The Future of the Enforcer and Fighting

For decades almost every NHL team had one player who was strategically used for fighting, the enforcer. Men in this role were looked to by coaches and players to fight for teammates, who were smaller in size, change the momentum of the game and fire up or demoralize the players of both benches. More often than not enforcers would [...]

Joe Bowser: A Patriot, a Father, a Hockey Player

This is a story of strength, inspiration, and the love of the game. This is the story of Joe Bowser.Joe fell in love with the sport of hockey around age nine. In school he would sit, anxiously waiting to head home and get out on the ice. One of his most memorable Christmas presents [...]

There are only a few things that can spread fear, hope, inspiration, strength, sadness, and unity. Surprisingly, cancer is one of those things. The number of lives that are touched in some way by this disease is massive. As unfortunate as the situation can be, the reach cancer has in the world allows people to stand together and help [...]

On the 7th day of September 2011, the hockey community was shaken by a terrible tragedy. Lokomotiv Yaroslavl, a KHL team that finds its home in the city of Yaroslavl, Russia, was on its way to kick off the franchise’s 52nd season in Minsk, Belarus. Upon takeoff, the plane that was carrying 45 passengers – eight crew members, 26 [...]